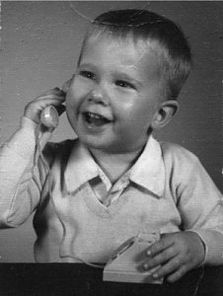 rsity of North Texas and University of Alaska at Fairbanks.

Russell Hobbs was born in Lubbock, Texas, while his parents were attending Texas Tech. Visiting the Prairie Dogs was fun but when Russell’s dad got his degree in architecture, it was time to move to the suburbs of Dallas. His normal childhood with two younger sisters consisted of building treehouses, go-karts and playing sports. His fourth grade music collection was Led Zepplin II, Herb Alpert “Taste of Honey”, The Beatles “Abbey Road” and The Velvet Underground. He was a shy guy at Berkner High School, playing soccer, racing motocross and hanging with both the “freaks” and soon-to-be “Greeks”.  After a year off he went to North Texas in Denton to study art. Then, Russell studied business at NTSU and went to the University of Alaska at Fairbanks. Back in Texas, he dabbled in some acting, design, and construction before landing in Deep Ellum. 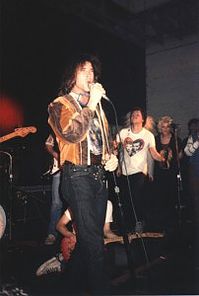 In 1984, he rejected materialistic society (the mall, seeking financial gain, the status quo) and moved to Deep Ellum to live in a warehouse. This warehouse became the Theatre Gallery which was the catalyst for the modern day Deep Ellum scene. In 1985, it was apparent that Dallas was hungry for more establishments which promoted true artists, Russell birthed The Prophet Bar and Deep Ellum Records. Newspapers referred to Russell Hobbs as the “King of Deep Ellum”, the “Pope of Deep Ellum”, the “Father of Deep Ellum”, “The Guru of Ellum”, etc. Ironically, his janitor preached Jesus Christ and the Resurrection to him in December 1987. He was “born again” and poured out all the liquor, beer and wine, canceled 50 bands and started preaching the Good News to all the Deep Ellumites who had been following him in the Arts Rebellion.

Russell began to shine the light to win the Deep Ellumites by booking Christian bands and having Bible studies and prayer meetings. Eventually he transformed The Prophet Bar into a restaurant, with healthy food such as lamb, fresh red snapper and a juice bar. Each step of the way he told people how Jesus set him free from drugs, sex and loneliness. After a real estate scandal over the building which housed The Prophet Bar  (which he was buying from the landlord who in turn sold it to another party) Russell left

Dallas to spend three years in the wilderness of East Texas. Discouraged by the revelation that not all Dallasites were excited about Jesus, he began to question why God would not just “save” them. Russell asked God for and received revelation about our true purpose as Christians and how to represent the creator with our lives. Here he penned ‘In the Power of His Resurrection’, a book about God’s Agenda and church government today. God also gave Russell David Hobbs a new vision for Deep Ellum. Since he pioneered Deep Ellum in 1984, he knows what direction this unique community needs to go to please God and remain artisitcally inspired.